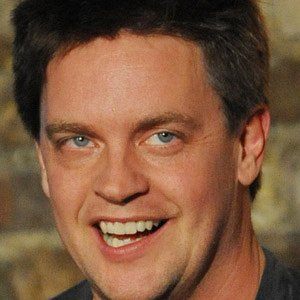 Comedian and cast member on 'Saturday Night Live' from 1995 to 1998 who was best known for his character Goat Boy. He has appeared in the films Half Baked, Beer League, and Zookeeper.

He was a talented performer on the 'Uptown Comedy Club' television show before his role in SNL led him to stardom.

He has been on the radio show, 'The Opie and Anthony Show' and he appeared in the VH1 documentary "When Metallica Ruled the World" where he commented on the songs by Metallica through the years.

He married Dee Breuer in 1993 and had three children with her.

He starred in "Half Baked" with Dave Chappelle.

Jim Breuer Is A Member Of