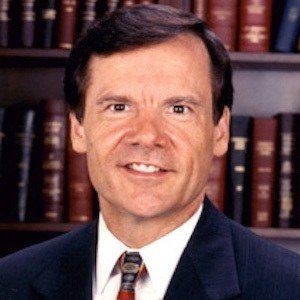 Republican politician who was a U.S. Senator from Arkansas from 1997 to 2003 after serving two terms in the House of Representatives.

He grew op on the family farm in nearby Gravette and graduated from Bob Jones University.

He married his second wife Ranid after divorcing his first wife, Donna.

He was defeated by Democrat Mark Pryor in the 2002 Senate elections.

Tim Hutchinson Is A Member Of