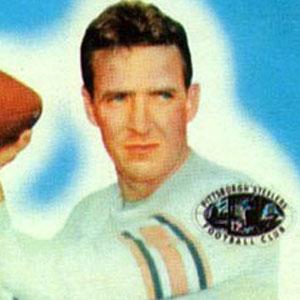 Quarterback who played for the NFL's Pittsburgh Steelers and later became an executive with the league.

After his playing days, he joined the Minnesota Vikings as their general manger for nearly a decade, and then moved to Chicago to manage the Bears from 1974 to 1983.

He was the first choice of the committee in charge of choosing the next NFL commissioner in 1989, but due to objections by senior team owners, the committee settled on Paul Tagliabue.

He was born in Salem, Illinois.

His tenure with the Bears came to an end after he resigned in protest over the hiring of Mike Ditka as coach.

Jim Finks Is A Member Of