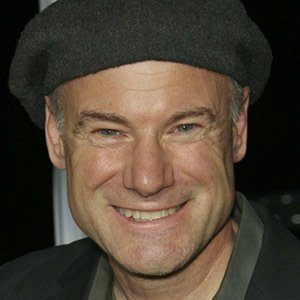 Voice actor who has earned prominence for his work in the TV, film, and video game industries sometimes while doing vocal impressions of celebrities. He provided the motion capture performance for David Petraeus in the 2012 video game Call of Duty: Black Ops II.

He made his voice acting debut in 1987 on the series The Comic Strip.

He has provided the voice for the Genie in the Disney Aladdin franchise beginning in 2008 with Disney Think Fast. He appeared in the 2000 Christmas film How the Grinch Stole Christmas as Officer Wholihan.

His mom Marion Ross is also a famous voice actress. His dad's name is Freeman.

He appeared alongside Jim Carrey in 2000's How the Grinch Stole Christmas.

How the Grinch Stole Christmas
The SpongeBob Movie: Sponge on the Run
Magnolia
More