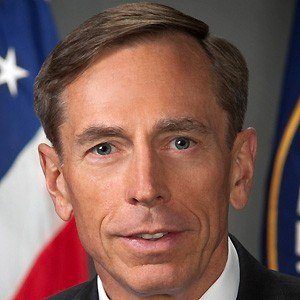 Four-star U.S. Army General who served in Iraq and Afghanistan and was appointed Director of the C.I.A. in 2011.

He graduated from the U.S. Military Academy at West Point in 1974 and began his commission as a second lieutenant.

He apologized publicly for his behavior and resigned his leadership of the CIA in 2012, after it was revealed that he had had an extramarital affair.

His mother worked as a librarian and his father captained a ship.

He was the director of the CIA during Barack Obama's presidency.

David Petraeus Is A Member Of