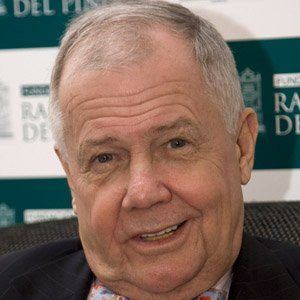 Known for creating both the Rogers International Commodities Index (RICI) and the Quantum Group of Hedge Funds, this investor and financial executive also published a 2005 book titled Hot Commodities: How Anyone Can Invest Profitably in the World's Best Market.

After earning a history degree from Yale University, he worked briefly on Wall Street before studying economics, philosophy, and politics at Oxford University.

After marrying Paige Parker, a woman nearly thirty years his junior, he became a father to two daughters.

Jim Rogers Is A Member Of