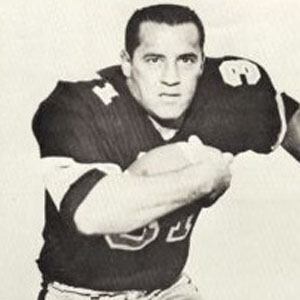 Hall-of-Fame fullback who played for the Green Bay Packers from 1958-1966, where he was a five-time Pro Bowl and six-time All-Pro selection and helped them win four NFL championships and one Super Bowl.

He played college football at LSU.

He wasn't known for overwhelming speed or size but implemented a bruising, physical style of attack that wore defenses down.

He grew up with his family in Baton Rouge, Louisiana. He was married to Helen Taylor up until his death in 2018.

He held the Packer single-season rushing record until Ahman Green broke it in 2003.

Jim Taylor Is A Member Of