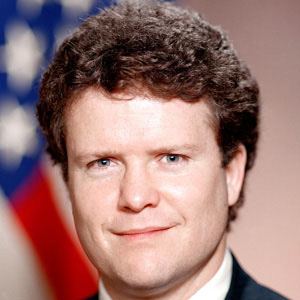 US Senator from Virginia from 2007 to 2013. He is member of the Democratic party who advocates on issues of international relations and government accountability. He is also an author who has written several successful books including Fields of Fire about his experience in Vietnam.

He served in the Marines in the Vietnam War, where he received a Navy Cross, Silver Star, Bronze Star, and Purple Heart and learned to speak Vietnamese.

He won an Emmy for his 1983 PBS coverage of the U.S. Marines in Beirut.

He has been married three times and has four grown children.

Ronald Reagan appointed him Secretary of the Navy in 1987.

Jim Webb Is A Member Of