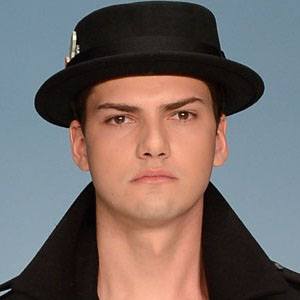 Notable for his Undine Award-winning performance in the 2003 film Die Wilden Kerle, Ochsenknecht went on to reprise his role as Leon in numerous sequels. A singer as well as an actor, he released two 2008 albums: Mission Blue and Sick Like That.

He made his big screen debut in the 2000 feature film Erleuchtung Garantiert.

The middle child of actors Uwe and Natascha Ochsenknecht, he grew up in Munich, Germany, with siblings named Wilson and Cheyenne, as well as with a half-brother named Rocco.

He is a contemporary of fellow German screen actor Nico Liersch.

Jimi Blue Ochsenknecht Is A Member Of