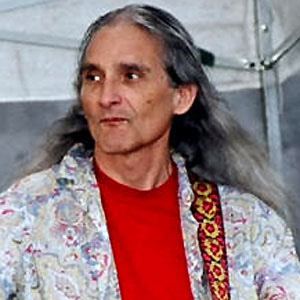 Country singer who has been a member of The Flatlanders since 1972. He released two singles in the late 1980s that charted: "White Freight Liner Blues" and "Honky Tonk Song."

He studied metaphysics after attending Texas Tech University for a short period of time.

His song "Braver New World" is featured in the film Kicking and Screaming, which was directed by Noah Baumbach.

He was raised in Lubbock by a honky tonk musician father.

He has collaborated with Willie Nelson.

Jimmie Dale Gilmore Is A Member Of