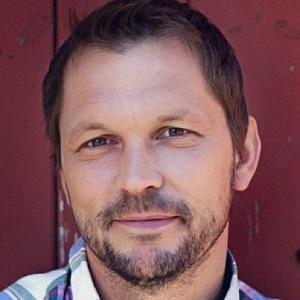 Famous as the star of the British documentary television series Jimmy's Farm, this English farmer and co-owner of the Essex Pig Company went on to host or appear in follow-up programs titled Jimmy Doherty's Farming Heroes; Jimmy's Food Factory; and A Farmer's Life for Me.

Before becoming a pig farmer, he earned an Animal Biology degree from the University of East London and began a doctorate in entomology at Coventry University.

His Essex Pig Company is notable for its inclusion of rare pig breeds.

In his numerous documentary programs, he is featured alongside his wife and business partner, Michaela Furney. He and Furney welcomed their first child, Molly Rose, in 2010.

He and British celebrity chef Jamie Oliver were childhood friends.

Jimmy Doherty Is A Member Of