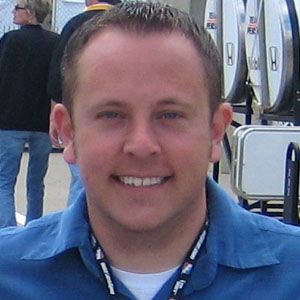 American race car driver who was named the USAC Sliver Crown Rookie of the Year in 1997.

He began his professional career racing in the USAC Silver Crown in 1994.

His father Gary was a professional racing mechanic.

He failed to qualify for the 2007 Indianapolis 500, which was won by Dario Franchitti.

Jimmy Kite Is A Member Of