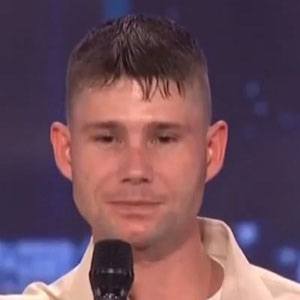 Singer, songwriter, and guitarist who made a name for himself by competing on the 8th season of America's Got Talent, finishing third overall.

He worked as a coal miner straight after high school and also served as a Marine.

He auditioned for America's Got Talent by performing an original song titled "Coal Keeps the Lights On."

He is a father of two and met his girlfriend Heather Morgan while appearing in court.

He received a unanimous "yes" from the judges, including Heidi Klum, to advance to the second round of America's Got Talent.

Jimmy Rose Is A Member Of