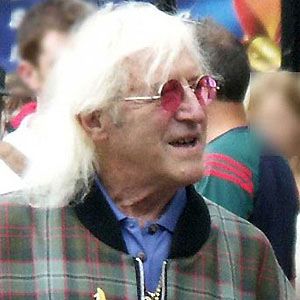 Radio DJ who gained fame for his eccentric and flamboyant television personality as the host of BBC's Jim'll Fix It. In 1971, he was awarded the OBE for his charity work.

He worked in the British coal mines during World War II and later became a DJ and a manager of dance halls.

Madame Tussauds London created a wax model of him in 1986. They melted it down in October 2012 after over 450 allegations arose accusing him of being a predatory sex offender.

His parents, Vincent Joseph Marie Savile and Agnes Monica Savile, raised him as a Roman Catholic along with his six older siblings.

He appeared on the fourth season of Celebrity Big Brother with Dennis Rodman in 2006.

Jimmy Savile Is A Member Of