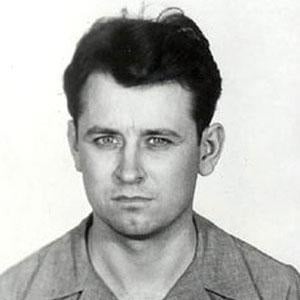 Criminal who assassinated American Civil Rights leader , Jr. and was sentenced to life in prison.

He dropped out of school and served in the United States Army during World War II.

His first arrests were for a 1949 burglary in California and a 1952 armed robbery in Illinois.

His marriage to Anna Sandhu ended in divorce.

He assassinated Dr. Martin Luther King, Jr. while King was standing on the balcony of a Memphis, Tennessee motel.

James Earl Ray Is A Member Of