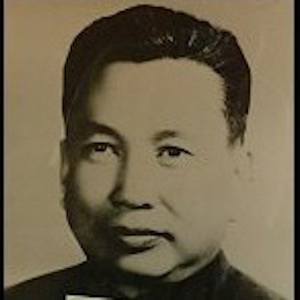 Cambodian communist dictator who led the Khmer Rouge in totalitarian control of the government from 1975 to 1979. His regime led to the deaths of a quarter of his country's population (approximately 1.5 million people).

He studied radio electronics at France's EFREI and later became a laborer.

He died in 1998 without ever being tried for his crimes.

He was the first in command in the Khmer Rouge, in front of #2 Nuon Chea.

Pol Pot Is A Member Of