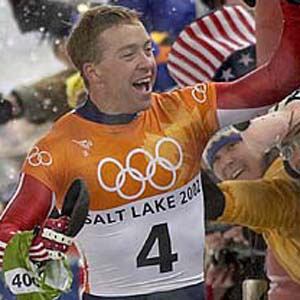 American skeleton racer who became the first American gold medal winner in the sport at the 2002 Salt Lake City games.

He competed in the FIBT World Championships in skeleton: in 1997 winning the silver, and in 1999 taking the gold.

At the 2002 Winter Olympics he also participated in the Opening Ceremonies, passing the Olympic Torch to the 1980 U.S. Men's Hockey Team.

His father Jack Shea was a two-time Olympic gold medalist in speed skating.

Jimmy Shea Is A Member Of