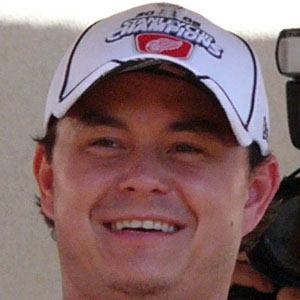 Czech hockey player who began his NHL career with the Detroit Red Wings in 2007-08, when he won the Detroit Red Wings Rookie of the Year award. The next year, he won his first Stanley Cup with the team. He signed with the Calgary Flames in 2012 and received the Lady Byng Trophy, given to the league's most gentlemanly forward, in 2015.

He played youth hockey with HC Vsetin in Czech Extraliga and won a bronze medal at the World Under-18 Championships.

He set a team record with 60 assists during the 2005-06 season as a member of the Grand Rapids Griffins in the American Hockey League.

His father is Jiri Hudler, Sr.

Jiri Hudler Is A Member Of