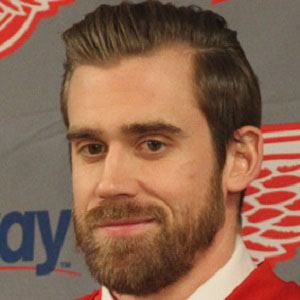 All-Star Swedish left winger who received the Conn Smythe Trophy as playoff MVP in 2008 after leading the Detroit Red Wings to a Stanley Cup Championship. He was named captain of the Red Wings in 2012 following the retirement of the legendary Nicklas Lidstrom.

He started his professional career in 1997, playing for Sweden's Njurunda Sports Club.

He won the Calder Memorial Trophy as the NHL's top rookie during his first season with the Detroit Red Wings.

He married model Emma Andersson in 2010.

Henrik Zetterberg Is A Member Of