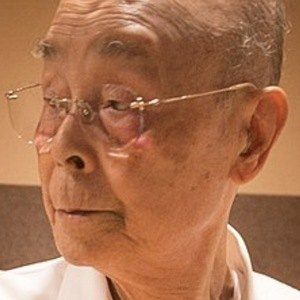 Japanese chef best known as the owner of Sukiyabashi Jiro, the renowned Japanese sushi restaurant in Ginza, Tokyo, Japan. He is the subject of the award-winning 2011 documentary Jiro Dreams of Sushi.

He began working in restaurants at age 7 and eventually moved to Tokyo to apprentice.

He is considered an innovator in his field and responsible for helping to develop several modern sushi-cooking techniques.

He has cooked sushi for President Barack Obama, who called Jiro's sushi the best he had ever eaten.

Jiro Ono Is A Member Of