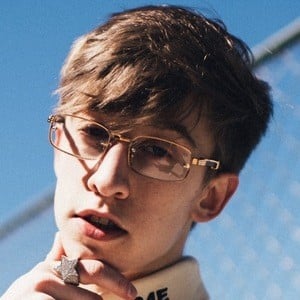 Rapper who is known for his variety of music available through his SoundCloud account. He is also known for his fashion sense and his grills.

He first began posting pictures of his process producing to his Instagram account in March of 2015. He then began uploading his finished music to his SoundCloud account in 2016.

He is known for posting positive messages on his Instagram stories and for sharing videos of his songs to Instagram.

He was born and raised in San Antonio, Texas. He comes from a Mormon family.

He has tracks which feature other rappers such as Rich The Kid and Famous Dex.

J Nanks Is A Member Of