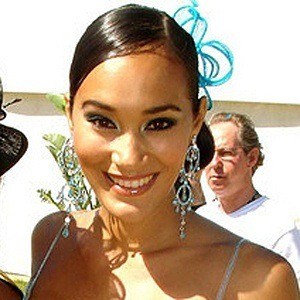 South African model who represented her home country at the Miss World and Miss Universe pageants in 2001. She has gone on to host entertainment shows like Top Billing and found the charitable organization Princess Project.

She earned a bachelor's degree from Stellenbosch University.

She presented the opening ceremony for the 2010 FIFA World Cup in South Africa for the German network ZDF.

She interviewed celebrities like Charlize Theron during her time with Top Billing.

Jo-Ann Strauss Is A Member Of