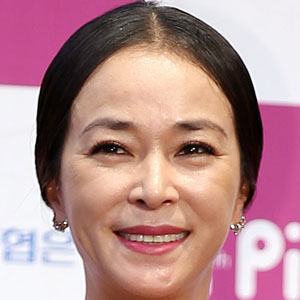 This South Korean screen actress earned Grand Bell, Asia Pacific Screen, and Asian Film awards for her performance in the acclaimed 2012 film Pietà. She also appeared in the 2014 movie Venus Talk and in such television series as Sandglass and Asphalt Man.

She acted in her first film, Chung: Blue Sketch, in 1986. Early in her career, she also won KBS Drama Awards for her roles in the television series Mount Jiri and Wang Rung's Family.

She was in the cast of the 2009 to 2010 television series Will It Snow For Christmas?

She was born and raised in Seoul, South Korea. Upon marrying in 2005, she took a four-year-long break from acting.

Jo Min-su Is A Member Of