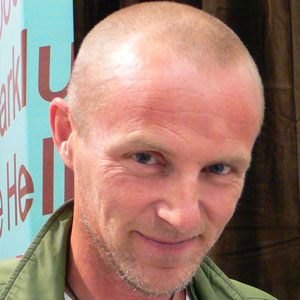 Known for such popular Harry Hole series novels as The Devil's Star, The Redbreast, and The Snowman, this acclaimed Norwegian fiction writer won a 1998 Glass Key Award for the first novel in the series, The Bat (Flaggermusmannen).

After graduating from the Norwegian School of Economics, he found employment as both a stockbroker and a journalist.

A native of Molde, Norway, he later settled in Oslo, near his daughter and ex-wife.

His novel The Headhunters (Norwegian title: Hodejegerne) was adapted into an acclaimed thriller starring Nikolaj Coster-Waldau.

Jo Nesbo Is A Member Of