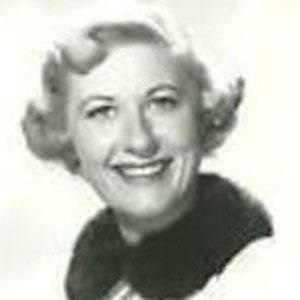 Popular comedic actress who spanned the eras of vaudeville, radio and screen and appeared in the 1948 film If You Knew Susie.

She began her career at age seven on the vaudeville stage, and became wildly popular during the radio era.

With her prodigious gift for slapstick, she was the natural choice for NBC's answer to the hit series, I Love Lucy, with her own sitcom, I Married Joan. The show ran from 1952 to 1955.

She was born in Saint Paul, Minnesota.

She was a close friend of Eddie Cantor's, and the two co-starred in the 1944 picture Show Business.

Joan Davis Is A Member Of