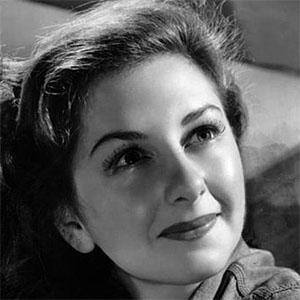 Born Mary Madeline Ellis, she became known for playing Bessie Watty in the 1945 film The Corn Is Green.

She fled her native Hong Kong with her mother following the Japanese invasion of 1939.

She was nominated for the Academy Award for Best Supporting Actress for her role in The Corn Is Green.

She was married to endocrinologist Martin Sonenberg until his death in 2011.

Her first film role was in the 1944 film, Song of Russia, which co-starred John Hodiak.

Joan Lorring Is A Member Of