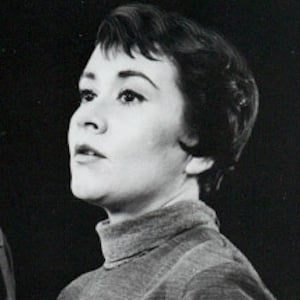 She first appeared as Margery in the play The Country Wife.

She played Martha Wilson in the beloved film Dennis the Menace.

She had three children and married her second husband Laurence Olivier in 1961.

She played the role of Aunt Lucinda in The Spiderwick Chronicles alongside Sarah Bolger.