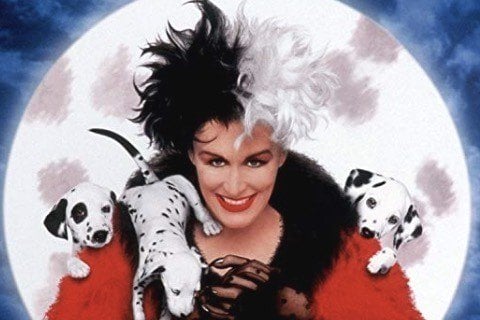 A fashion designer plans to make an extravagant coat from the fur of Dalmatian puppies that she schemes to steal. The movie is based on Walt Disney's animated 1961 movie adaptation of the 1956 novel The Hundred and One Dalmatians by Dodie Smith.

Star Glenn Close was nominated for a Golden Globe Award for Best Actress - Motion Picture Musical or Comedy. The success of the film led to a sequel called 102 Dalmatians.