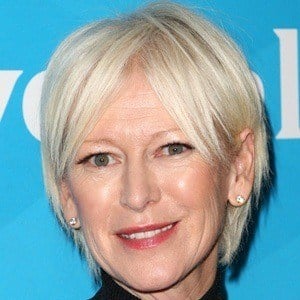 First known as the Content Editor for Hearst Magazines, she previously held the position of editor-in-chief at Cosmopolitan and Marie Claire. She co-created Running in Heels and appeared on Project Runway.

She earned a degree in English and American literature at University of East Anglia before beginning to work for the British magazine The Spectator.

Outside of her fashion journalism, she has worked for The Guardian and The Times of London. She has also sat on Snapchat's board of directors.

She married author Peter Godwin in 2001. The couple has two children.

She was a mentor on the first and second seasons of Project Runway All Stars alongside Tim Gunn.

Joanna Coles Is A Member Of