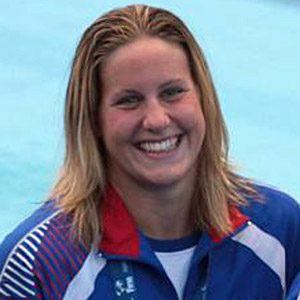 Olympic swimmer who won the bronze medal in the freestyle event at the 2008 Olympic Games in Beijing. She took home the gold at the 2003 European Championships.

She attended Richmond School and first competed at the international level at the 02003 World Swimming Championships in Barcelona.

She founded the Joanne Jackson Swim Academy following her retirement in 2012.

Her sister, Nicola Jackson, is a former Olympic swimmer.

She beat Rebecca Adlington with a world record time in the 400m freestyle event at the 2009 World Championships.

Joanne Jackson Is A Member Of