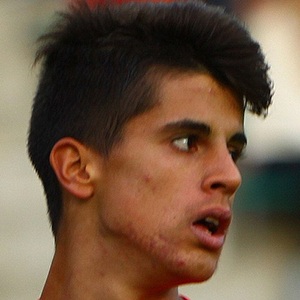 Portuguese professional soccer player who's known for playing for Benfica and Benfica B. He played on Valencia from 2015 until 2018 when he signed to Juventus. He has been a member of the Portugal team since 2016.

He started his career by playing for the local club F.C. Barreirense in 2002.

His mom Filomena Cancelo passed away in 2013.

Both he and Rodrigo Moreno Machado played for S.L. Benfica.

João Cancelo Is A Member Of