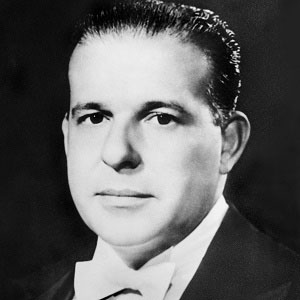 A soccer star in his youth, he was a member of Brazil's Sport Club Internacional. To appease his father, he studied law at Rio Grande do Sul Federal University.

His presidency came to a halt with a 1964 military coup staged by General Olimpio Mourao Filho.

The son of Vicente and Vicentina Goulart, he was born in Itacurubi, Sao Borja, Rio Grande do Sul, Brazil, and he grew up with five sisters and two brothers. He married Maria Thereza Fontella Goulart.

His brother-in-law Leonel Brizola also had a high-profile career as a Brazilian Labour Party politician.

João Goulart Is A Member Of