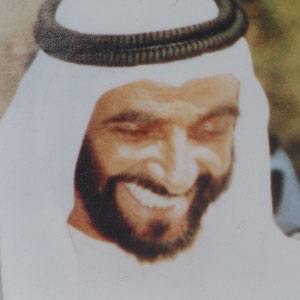 Ruler and first president of the United Arab Emirates. From 1966 until his death in 2004, he was a key figure in the formation of the UAE.

In 1946, he began his political career as governor of Abu Dhabi's Eastern Region.

While in power, he allowed for the construction of non-Islamic places of worship in the UAE; he also took a relatively liberal stance on women's rights.

He and Prime Minister Mohammed Bin-rashid Al Maktoum both held positions of political power in the United Arab Emirates.

Zayed bin Sultan Al Nahyan Is A Member Of