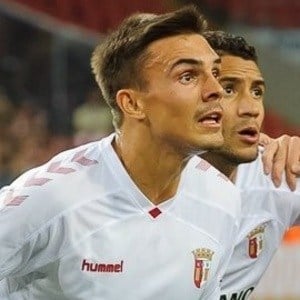 Portuguese professional defensive midfielder who joined SC Braga on loan from Sporting CP in 2018. Previously, he was part of the squad that took home the 2017-18 Taça da Liga championship trophy.

He began his youth soccer career playing for Alta de Lisboa in 2008.

He shared a multi-generational family photo on Instagram in July 2018.

He joined Paulinho as a member of SC Braga in 2018.

João Palhinha Is A Member Of