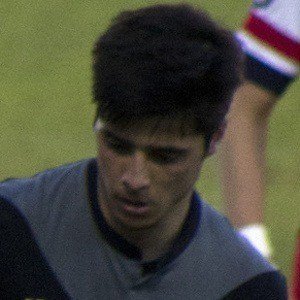 Professional midfielder and winger who made his English Premier League debut with Liverpool in 2014. He then spent time on loan to Brentford and Brighton & Hove Albion.

He spent most of his youth career with Sporting CP before playing for Liverpool's youth club from 2012 to 2013.

Brighton & Hove Albion named him their Young Player of the Year for 2015. He's played for Portugal's U16-U21 teams.

He was born to Paula Vilaca and Antonio Teixeira.

He and Chris O'Grady were teammates on Brighton & Hove Albion.

João Carlos Teixeira Is A Member Of