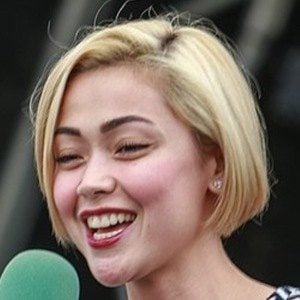 Filipina television actress known for her roles on such ABS-CBN series as Maalaala Mo Kaya and Tayong Dalawa. She won two consecutive GMMSF Box-Office Entertainment Awards for her work on Be Careful With My Heart.

A member of the ABS-CBN Star Magic talent development group, she appeared in her first television series, Tabing Ilog, when she was seventeen years old.

Her big-screen credits include roles in such Filipino films as Bagong Buwan, You Are the One, and My Amnesia Girl.

She and Megan Young were both part of ABS-CBN's Star Magic talent group.

Jodi Santamaria Is A Member Of