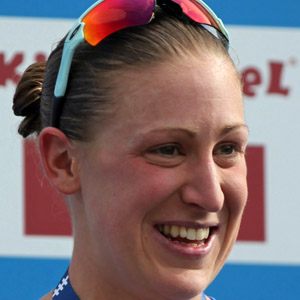 Triathlete who won a gold medal at the 2011 ITU Triathlon World Championships.

She won the Junior Aquathlon World Championships on August 30, 2006.

She raced for the club Poissy Tri in one of the most revered triathlon events worldwide, the French Grand Prix de Triathlon.

She was born to Jude and Ian Stimpson in Oldbury, West Midlands.

She was raised in the same town as comedian Frank Skinner.

Jodie Stimpson Is A Member Of