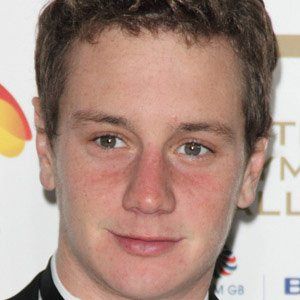 British triathlete who is an Olympic triathlete champion and a two-time Triathlon World Champion. He won gold at both the 2012 and 2016 Olympics in the triathlon event, and became the first athlete to accomplish such a feat.

He was appointed a member of the Order of the British Empire.

He grew up with two brothers named Edward and Jonathan and an uncle named Simon Hearnshaw who introduced him to his sport.

He and Dave Scott are both Triathlon World Champions.

Alistair Brownlee Is A Member Of