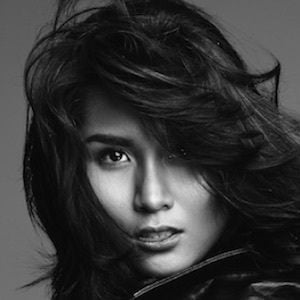 Model who skyrocketed to fame after being named runner-up in the second cycle of the popular reality competition series Asia's Next Top Model. She has since graced the pages of Metro and Circuit magazines and has earned more than 60,000 dedicated Instagram followers.

She was studying at the University of Santo Thomas when she entered an on-campus beauty pageant. Though she didn't win, she was able to earn enough clout to snag bigger modeling gigs thereafter.

She was born Jodilly Ignacio Pendre in Mandaluyong, Philippines.

She was judged by renowned Asian model Nadya Hutagalung in the second cycle of Asia's Next Top Model.

Jodilly Pendre Is A Member Of