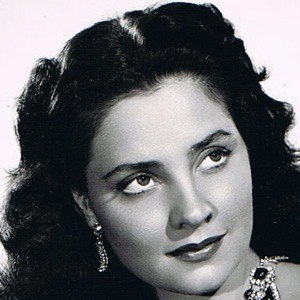 Actress of 1950s Hollywood who played roles in the Mask of the Avenger and in Hot Spell. She lived briefly with Norma Jean Baker, (who later became known as Marilyn Monroe) another foster child of her stepmother, Grace.

After appearing in nearly half a dozen films in 1951, she found herself without a role, and for a while worked as a waitress near UCLA to make ends meet.

She was born Nona Josephine Goddard in Fort Worth, Texas. Her parents divorced in her early childhood.

She was re-discovered at her ice-cream shop by Burt Lancaster, who she was waiting on.

Jody Lawrance Is A Member Of