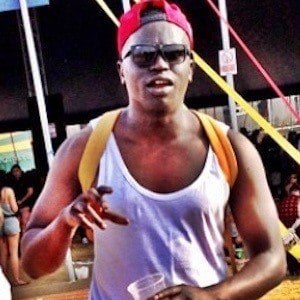 Rapper risen to fame through the release of his original mixtapes on SoundCloud and other digital outlets. Some of his popular albums include 2013's This Is CMG and 2011's Realionaire.

He made his debut on New Years Day 2007 with the release of his first mixtape Business As Usual to Mixtape Madness.

Some of his popular mixtapes include Realionaire 1.5 and King of the Underground 2.

He is a native of North London and has become the self-proclaimed "King of Islington."

His mixtape Realionaire includes the singles "Next Up" and "Easy Life," both of which include an appearance by Benny Banks.

Joe Black Is A Member Of