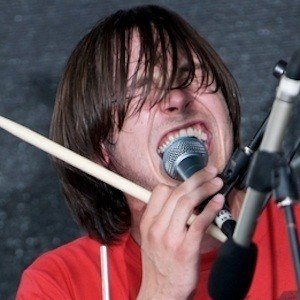 American drummer best known as a member of the band Black Lips. His band is known for albums like Let It Bloom and 200 Million Thousand.

One of his band's earliest releases was the 2004 album We Did Not Know the Forest Spirit Made the Flowers Grow.

He hails from Georgia in the United States.

He has been an American rock bassist, much like Flea of the Red Hot Chili Peppers.

Joe Bradley Is A Member Of