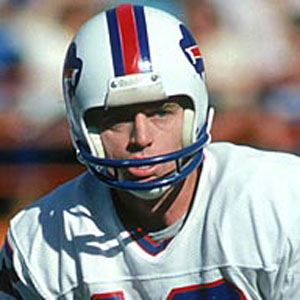 Former NFL quarterback who was a third-round 1973 NFL Draft pick, signing with the Buffalo Bills and going on to play for a total of five teams.

He played for the University of Arkansas Razorbacks, where he set a school record for most completions, 31, in a single game.

He shared the NFL lead for touchdown passes in 1975 with Fran Tarkenton.

His brother-in-law was the coach at Louisiana Tech University from 1983 until 1987.

He and Hall of Famer Jim Kelly both wore the No. 12 jersey for the Bills.

Joe Ferguson Is A Member Of