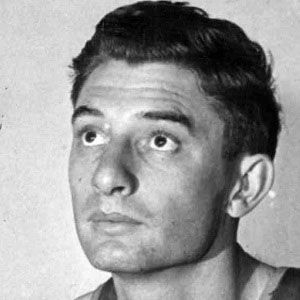 Jumping Joe was one of basketball's first superstars, developing the early jumpshot, and scoring a record 63 points in a single game.

After a stint in the Marines, he joined the BAA's Philadelphia Warrior, winning the BAA title in 1947, his rookie year.

Able to transfer balls from one hand to the other in midair and to score turnaround shots, he broke multiple league scoring records.

He had four children with his wife Mary Sue Gillespie.

Along with James Naismith, he helped shape the game of basketball.

Joe Fulks Is A Member Of