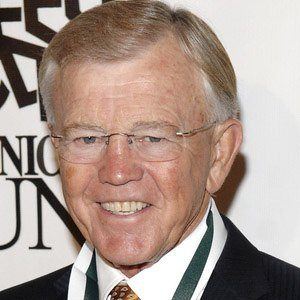 He began as an assistant coach in college football, studying under legends like Southern California's John McKay.

He is a NASCAR and NHRA team owner.

He had two sons with his wife Pat and in 2008 he met his eighth grandchild.

Joe Gibbs Is A Member Of