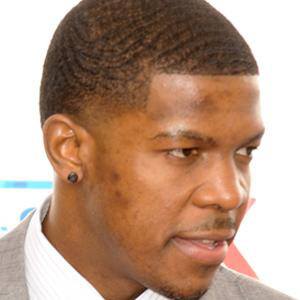 NBA guard/forward known for his clutch shooting. He led the Atlanta Hawks to several playoff appearances before he was traded to the Brooklyn Nets in 2012.

He was able to play at his dream school, the University of Arkansas, where he led the team in both scoring and rebounding as a freshman.

He was drafted tenth overall by the Boston Celtics, but they didn't see value in him so they shipped him to the Phoenix Suns. He joined the Utah Jazz in 2016.

He grew up as an only child and his mother Diane became his greatest role model.

He was teammates with point guard Deron Williams on the Nets.

Joe Johnson Is A Member Of