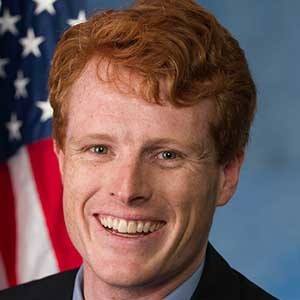 Politician who has gained fame for his career as a member of the US House of Representatives as Massachusetts' fourth congressional district rep. He assumed office in 2013, and previously served as his great uncle Ted Kennedy's co-chair of his 2006 re-election campaign.

He graduated from Stanford University, and spent the first two years post-graduation serving the Peace Corps. He later earned his JD from Harvard Law School, where he worked for the Harvard Legal Aid Bureau.

He delivered the Democratic response to then-President Donald Trump's 2018 State of the Union address. He co-founded the Picture This: Justice and Power initiative with his wife in 2007.

He married his wife Lauren in 2012. He shares two children named Eleanor and James with her. His grandfather was Robert F. Kennedy, with his grand-uncle being John F. Kennedy.

He met his wife in a Harvard Law School class taught by Elizabeth Warren.

Joe Kennedy III Is A Member Of