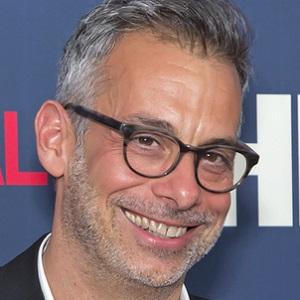 Actor and director who originated the role of Louis in Angels in America on Broadway, for which he received a Tony Award nomination and a 1993 Drama Desk Award for Outstanding Featured Actor in a Play.

He came to New York from Illinois in 1984, and made his theatrical debut in Keith Curran's Walking the Dead. It was in New York City that he started the Edge Theater with actress Mary Louise-Parker and writer Peter Hedges.

He played the role of defender Phillip Marco on the TV series Law & Order with Sam Waterston. He also established himself as a director, winning a Tony Award in 2003 for directing the play Take Me Out, and in 2004 for directing the musical Assassins.

He was born in Rockford, Illinois and studied at the North Carolina School of the Arts.

He appeared with Sela Ward in an episode of Sisters.

Joe Mantello Is A Member Of