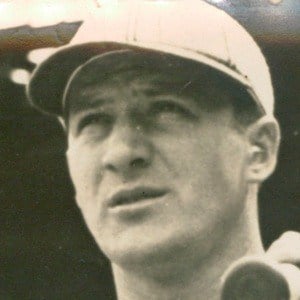 More commonly known by his nickname 'Ducky', he retired after hitting .324 throughout his 18-year career.

He was named 'Ducky' by fans early in his career because he waddled when we walked.

He was the last player to win the Triple Crown in the National League in 1937.

He won a World Series title with the St. Louis Cardinals in 1934, playing alongside teammate and Hall of Fame pitcher Dizzy Dean.

Joe Medwick Is A Member Of