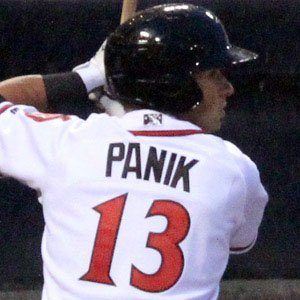 Second baseman who was called up to the San Francisco Giants in 2014 and quickly became the team's starter, eventually helping the Giants win the 2014 World Series. He was named Most Valuable Player of the Northwest League while playing with the Salem-Keizer Volcanoes.

He was a star for the St. John's Red Storm, becoming a first-team All-Big East selection.

He was a finalist for the Brooks Wallace Award for the country's best shortstop while playing for St. John's.

His parents are Paul and Natalie Panik. He has a brother. He married childhood sweetheart Brittany in December of 2016.

He became teammates with catcher Buster Posey on the Giants in 2014.

Joe Panik Is A Member Of